Outside the box of usual criticisms, terrible ways of pointing out only the wrongs we’ve done, goals we’ve failed to achieve, and times we are talked about by others with so much scorn, we long to hear the good we have done or the potentials that lie within us even in our short-comings. Much as we long for this, they often seem far-fetched, and even when they do come forth, we tend to doubt its sincerity.

What if we had a “belief box” maybe, someone, a supernatural force, or an entity that observes and pays attention to our efforts, an entity who tirelessly takes note of our little achievements and reminds us of them just like the jingles on the radio serve as reminders about products or services in us. This belief box can also help as reminders for us about the things we previously excelled at, difficult obstacles we surmounted, and serve as a refreshing point were we can draw and reach out for inspiration to continue.

With such in place or available, we can seek inspiration for self-acceptance, a permeating feeling of a renaissance when we are down with the sense of ineptitude.

But it all still bounces back to this belief box genuinely speaking from the potentials they see in you or make you see in yourself, despite the number of times you fail and begin to lose the sense of belief in yourself. If this belief box were to be human, then its words would come valuable and make us ensconced.

We all need a belief box; you could be your own or someone else’s belief box if you will always persevere and remind them of the times they’ve tried and come out victorious. 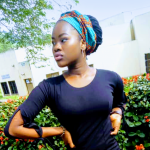